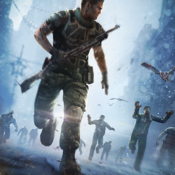 I remember the first first-person shooter I ever played like it was yesterday. It was way back in 1992. The game was castle Wolfenstein, which is probably not one most people will remember, but at the time, it was light-years beyond anything that had come before it.

Yet for all their popularity, these games haven't necessarily risen to the challenge of the iOS platform. DEAD TARGET zombie game tries to change all that, with a pretty decent effort in the category.

In this top zombie app you're fighting against an evil corporation that's unleashed zombies onto a major city in an attempt to take over the world. Sound familiar? It probably should, as the background story has a lot of similarities to the resident evil franchise.

No matter, it's still a pretty decent effort. The DEAD TARGET: Zombie app is compatible with the iPhone, iPad, and iPod touch.

Check out our Deat Target app review for more details on this game and to see if it's one of the best zombie apps for iPhone gamers.

How to Survive the Zombie Apocalypse

For a game to do well in the first person shooter category it has to include some key ingredients. It needs to include several different weapons, great graphics, vivid death scenes, and the sound effects that go along with them.

Doom was the game that established a lot of these go to features for first-person shooters. Since then these features have been refined and honed in games like Call of Duty to the point where it's sometimes hard to distinguish reality from fiction.

These games have set a pretty high bar, so it's no wonder that the iOS platform has had trouble producing first-person shooter games that stand up to the level we've come to expect. DEAD TARGET: Zombie is not a bad effort in this category, but it's not quite up to the level of games like call of duty.

There are a couple things that prevent me from giving this game the highest rating. First of all, it is full of in app purchases. Granted, these are not required, to progress through the game, instead they allow you to shortcut your way through the game.

You can purchase gold, starter packs, and cash in an attempt to improve your characters weapons and stamina. In app purchase range from $1.99 all the way up to $99.99. The other thing that bothered me about this game was the fact that your character stays stationary most the time.

I've only got through the first few levels, but on each one of these levels the character stays in one spot and shoots zombies. I'm hoping as you progress through the game you get to move around and explore the world. This app will require 72.2 MB of available space on your iOS device. 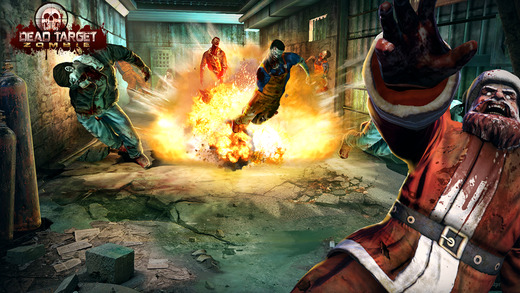 DEAD TARGET: Zombie plays like most other first-person shooter games, the only difference is getting used to how the controls work on your iPhone or iPad. On the bottom left hand side of the screen there's a button that you use to manipulate to your character around the screen.

The best zombie games for iPad

To fire your weapons there's a trigger on the right-hand side, with a reload feature, as well as an option to switch weapons. If you find your health waning from too many zombie attacks you can tap on the med kit at the top of the screen to rejuvenate yourself.

Everything works very well, as mentioned above the only real drawback is the fact that your character doesn't move around the screen a lot. The graphics are pretty decent, and the sound effects are excellent, so with a few improvements this could be a really great game.

After you complete each mission you get the chance to purchase new weapons, improve your body armor, and of course purchase ammunition. 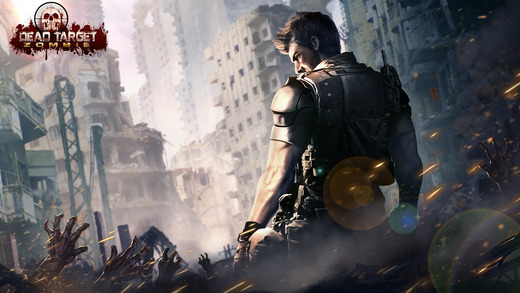 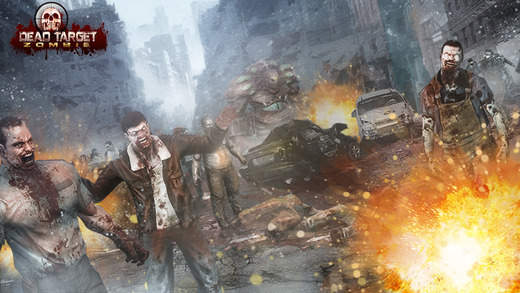 Dad Target Zombie is a decent effort in the first person shooter category. While it doesn't compare to platform games such as Call of Duty, it's a pretty good effort for the iOS platform.

The graphics are good, there are lots of weapons to choose from, and game play is pretty smooth. With a few improvements this could be a really good game.