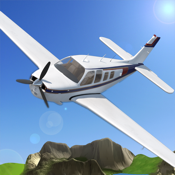 I remember the first time I tried a flight simulator game “back in the day” – I was absolutely blown away by the concept of flying my own airplane! After all, the dream of flight is something that all young boys experience and I was no different. Looking back on those games now I realize how basic they really were, but they seemed light years ahead of the curve back then. Today, we’re spoiled by literally hundreds, if not thousands, of simulator games in various different forms.

In fact, last April, we reviewed Hoverdroid 3D by MH Production and it caught our eye for its innovative approach to the simulator concept. This was a game that created a 3-D world in which you piloted a radio-controlled hovercraft. It was a fun little game and it featured 24 different missions to keep things interesting. I’ve always been a fan of these types of games that introduce a sort of a virtual-reality toy world. I remember a game as a child where you raced a car around the desk dodging pencils, pens, and staplers – there was something about that unique look at a child’s world that made the game stand out.

Airplane RC Flight Simulator kicks off where Hoverdroid 3D left off, only this time it features 40 different missions! If you tried the earlier game, you’ll find this one just as much fun. This is a free app and it’s compatible with the iPhone, iPad, and iPod touch.

Takeoff With Over 40 Different Missions

What we liked about Hoverdroid 3D was not only that it allowed you to take radio control of your vehicle, but also because of the variety of terrains that were included. The developer has kept with this theme and it makes for some nice scenery. Unlike some of the more complicated simulation games out there, this one is relatively easy to control which makes it a great choice if you only have an extra half hour to spare and don’t want to waste a lot of time learning a complex set of instructions.

To play this game, you’ll need to have at least iOS 5.1.1 on your device and I highly recommend you play it on an iPad if you have one, as simulator games are much more impressive on a bigger screen. This game was only released in January of 2016 so there isn’t a lot of customer feedback yet, but in our own tests the gameplay was really good. As was the case in Hoverdroid 3D, this game is completely free of in-app purchases and isn’t bogged down by ads either (although there are some).

You simply progress through the game by clearing each mission and every time you do, a new one opens up. It doesn’t take up a great deal of room on your iOS device either, requiring about 76.9 MB. 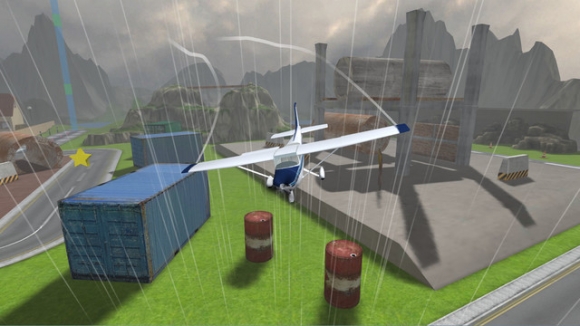 With the Hoverdroid 3D app, we were fairly impressed by the different terrains offered in the game play and they’ve kept that aspect in this game as well which is nice. Once again, the graphics aren’t spectacular, but they are definitely enjoyable. The controls work really well which improves the overall graphics. My favorite thing about this game is that each mission tests your piloting skills in different ways. For example, in one mission you’re required to take off at a set speed which isn’t as easy as it sounds. If you don’t go fast enough you won’t take off. If you go too fast, you will take off, but you won’t achieve the mission goals. It’s quite challenging and a lot of fun.

Every time you complete a mission successfully, you’ll unlock the next one which is always just a little bit more challenging than the last one. It doesn’t matter whether you perform the mission exactly as laid out or not, as long as you do complete the mission, the next level will be unlocked. Once you have completed each mission as specified though, you’ll notice that it now has a three star rating. The other great thing I liked about this game is that each mission includes a quick introduction explaining what you need to do to achieve your mission goals. They’re simple and easy to follow. The developers of this game have done a nice job of creating a fun world to play in. I hope that future updates will continue to expand on this pleasant gaming experience. 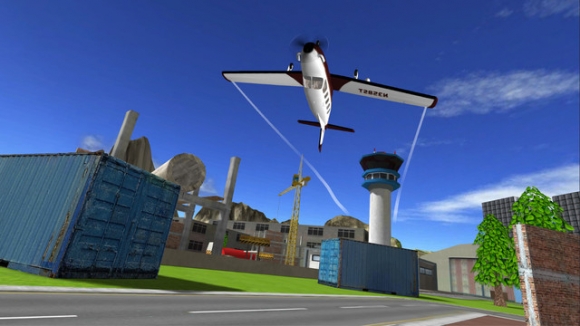 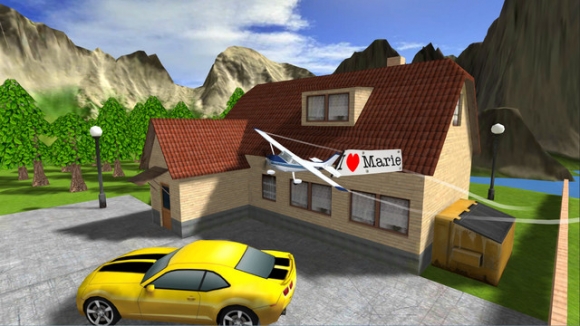 Airplane RC Flight Simulator is a fun, easy-to-play simulation game that all family members will enjoy. The graphics are pretty decent, although they could be better, and the overall game concept is quite unique. It provides enough of a challenge for experienced gamers of this niche and is still easy enough for beginners to joyfully succeed at. If you like flight simulation games then you will definitely want to give this one a try.