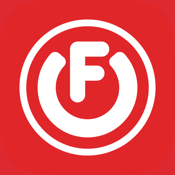 A term that’s becoming increasingly popular these days is cord cutter and for good reason – these days we have a virtually unlimited amount of viewing options online. When video streaming services were in their infancy they were almost unwatchable, but that’s no longer the case. The quality of video you can watch online is now equal to anything you can watch via standard cable or satellite. The only problem you may run into these days is whether or not what you’re watching is legal in your country and that’s why it’s important to do your homework before using various online video services. One of the most popular online streaming services is FilmOn. The service has been around for about a decade now and in recent years they’ve added apps for mobile devices as well. FilmOn really is an excellent app that offers many different TV channels from around the world. This is a free app and it’s compatible with the iPhone, iPad, and iPod touch. 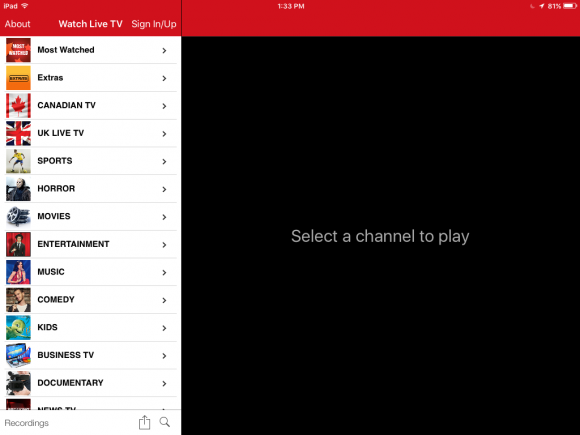 FilmOn was created by Greek billionaire David Alkiviades. He’s a colorful character who’s been involved in several different ventures over the years – although FilmOn is definitely the one that he is most known for. He started the FilmOn service way back in 2006 and it’s become a popular online phenomenon that’s convinced many people to “cut the cord.”

Alkiviades may be best known for creating the FilmOn service, but he’s also had his hands in many different pies. He’s even tried his hand at acting appearing in both movies and TV shows. He had small parts in The Bank Job as well as the TV show The Walking Dead. There aren’t too many billionaires out there with interesting credentials like this.

As you might expect he’s also had his fair share of legal troubles because of his FilmOn service. Many of the biggest networks in the US have taken issue with the fact that he’s provided their channels for free and there have been court injunctions against his service in the US. He has been forced to take some channels off of the service, but this hasn’t really deterred him as he simply carried on with the channels that he can legally offer.

While there is a ton of free content provided through the FilmOn app, he also has a lot of video-on-demand services and other subscription based services that allow the company to make money. It seems to be a format that's working quite well and there doesn’t seem to be any sign of it ceasing operations anytime soon. 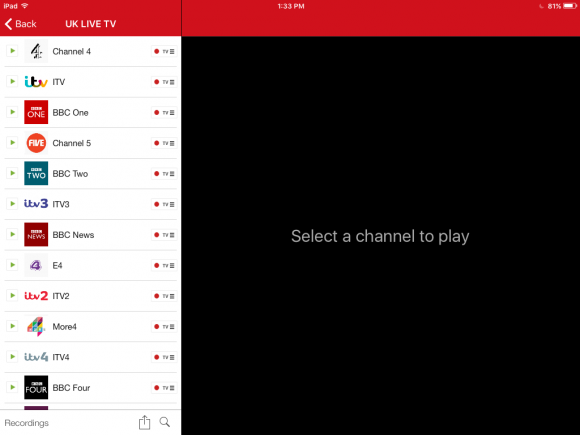 Get Your Free TV Fix

There are other video streaming services available in the App Store, but most of these offer channels specifically created to be viewed online and don’t carry major networks. That’s what gives FilmOn its edge over the competition as it does provide streams of major networks from around the world. If you’re living in a country other than the one that you were born in, it’s a great way to keep in touch with channels from home.

There isn’t much to criticize about this app. It really is free without any catch – as we’ve indicated above, they make their money by providing other premium on demand services which you have the option of using or not. What really impressed me about this app was the quality of the TV channels. The picture is crystal clear and the stream is seamless with no buffering whatsoever. This app will require 23.5 MB of available space on your iOS device. 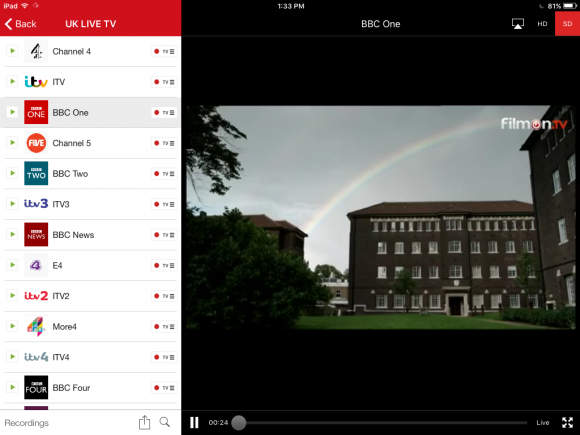 Using this app couldn’t be any simpler. When you open the app you’ll see a list of the various different categories down the left-hand side and to view the channels from within the category you simply tap on the link and a new list pops up. To the right of the channel list is a video preview area where you can view the channel that you’re interested in.

Once you’ve used this app, you’ll be kicking yourself that you didn’t find it earlier. With over 1000 different channels to choose from, in just about every category you can think of, you’re bound to find something that you want to watch and it’s completely free.

Along with channel categories from various countries such as the UK, Italy, France, India, and Russia, there are also categories based on different genres. There are kids' channels, comedy channels, lifestyle channels, and music channels to name a few. Of the dozens of channels I previewed on the service, I think I ran into one that wasn’t working.

Once you do find a channel that you want to watch, tap on the icon in the bottom right corner of the screen to view it in full screen mode. There are a couple of other cool features built into the media player that we should definitely mention as well. It actually has a built-in DVR function which will allow you to pause live TV while you run to the fridge for a snack. You’re allowed two hours of free storage space with your app. The other great feature that’s built into the media player is the ability to quickly send the stream to your Apple TV if you own one. 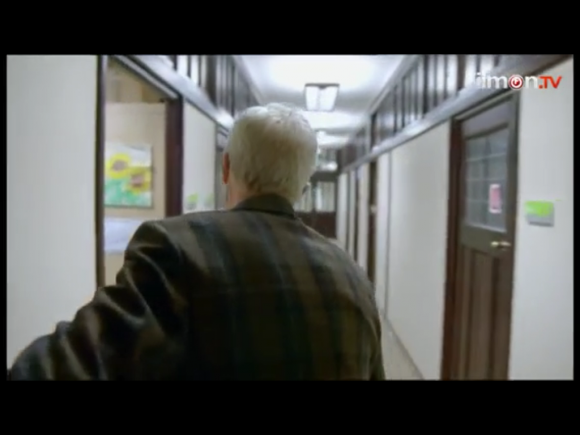 FilmOn is probably the best live TV streaming service available in the App Store. With over 1000 different channels to choose from, there’s bound to be something for almost everyone to watch. It’s actually quite interesting seeing what other people are watching around the world. If you’re considering “cutting the cord” then this is a must-have app.