If you’ve always wanted to try your hand at animation, but you weren’t confident in your own abilities in the past you probably would’ve just kept your desire to yourself. These days there are tons of animation apps designed to help you with your desire to give animation a try.

Personally, I love the idea of trying out animation I just know I’m not a very good artist so this type of app is of particular appeal. A great choice if you’re looking for is the FrameCast app.

This animation app provides you with a ton of great tools to try your hand at animation and it also provides a social environment to interact with other users as well.

If animation is your thing FrameCast is an app you’ll probably want to try out. This is a free animated photos app and it’s compatible with the iPhone, iPad, and iPod touch. 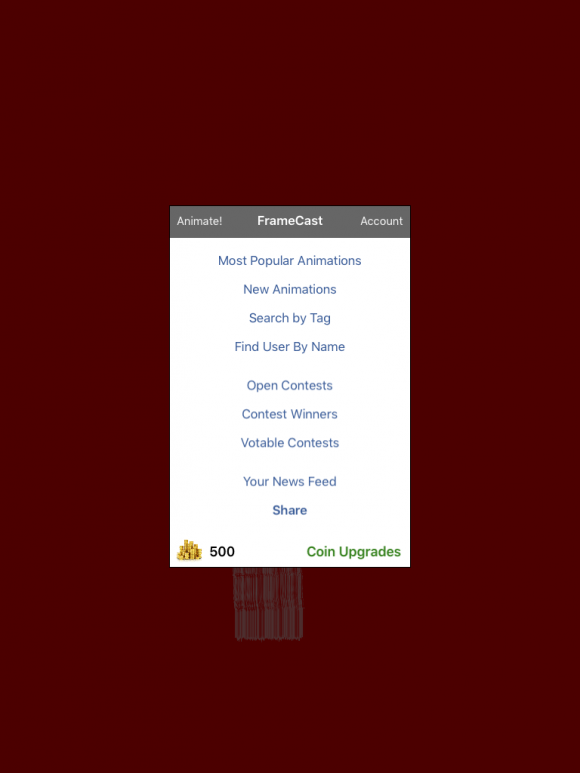 It always reassures me when I find a developer that has several apps in the App Store as it suggests that they’ve been fairly successful.

The best animation apps for iPhone and iPad

This app was developed by a company called The Othernet, LLC and while they are a fairly small company they do have quite a prolific collection of available apps in the App Store. In fact, at last count they’d released about 21 apps – which is quite an impressive total.

When I say that this company is a small one, I’m not exaggerating. They appear to be a home-based business so the fact that they’ve been able to release 21 apps to the App Store is even more surprising.

This company is based out of a small town in California called Walnut – which is just a little east of Los Angeles. It’s probably not surprising to find another app developer operating out of Southern California as it’s a hotbed of talent in this area.

I was surprised to find this developer hasn’t been limited to just one type of app considering they’re such a small studio. They do have other apps related to animation and drawing, but they also have apps that are totally unrelated to these topics.

For example, they’ve actually released a Texas Hold ‘em app, a game or two, and a puzzle app. It’s not a bad resume for a small company and it will be interesting to see what else they come up with in the future. 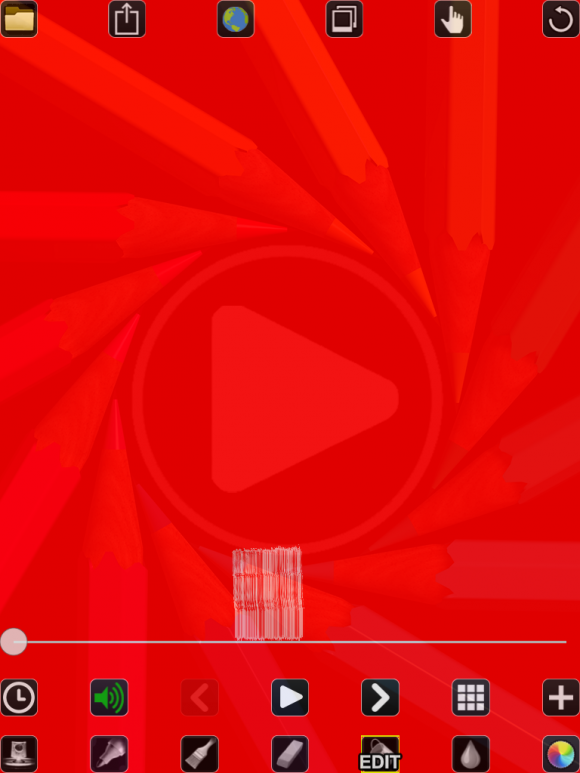 As I’ve already admitted above, my artistic skills are not the best, but with the range of animation tools available in the App Store anybody can try their hand at animation. I’ve tried one or two in the past, but I have to admit FrameCast is probably one of the better ones.

This app provides a full range of different tools that aren’t generally found in other apps of this nature. When you combine that with the social aspects that they’ve integrated into this app you’ve got a winning combination.

While I do like this app – there are a couple of things about it that really did irritate me. It’s one of those apps in which the first thing you see when you open it is a full paged video ad that you have to watch before you can do anything else.

These are always annoying, but they’re even more so when you don’t even get a chance to take a look at the app before they bombard you with it. The other issue I had with the app was that it does take a little while to load – although, it works fine once it boots up.

On the positive side it has quite a few tutorials that will help you learn how to use the app and they’re very well done. This app will require 13.4 MB of available space on your iOS device. 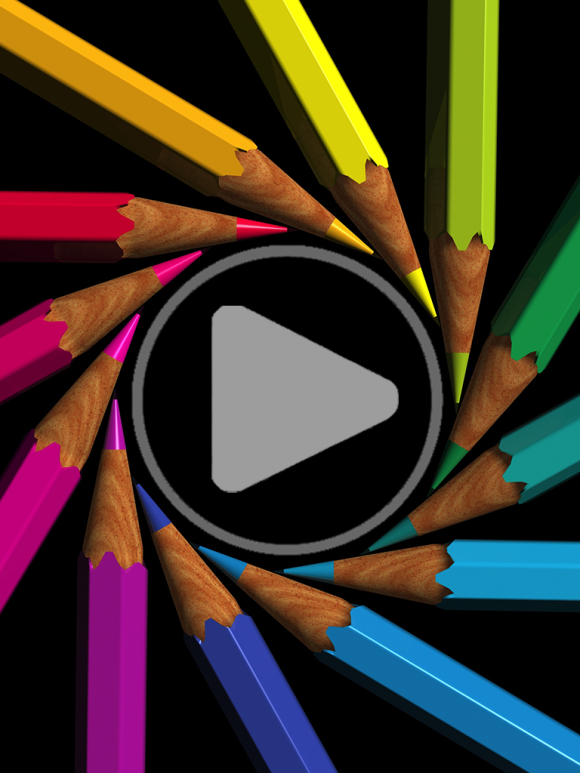 We briefly mentioned above that this app has some built-in social media features as well as its full range of animations tools. In order to take advantage of the social media functions, you’ll have to create a free account.

This is a simple process – all you have to do is create a username, create a password, and provide your email address for confirmation purposes. Once you’ve done all this, you’re ready to get started using the app and interacting with other users.

The tools provided in this app are very basic, but there are enough to provide you a starting point for creating some great animations.  You can follow your favorite artists and make friends in this animated pictures app. Keep in mind that in this animated photos app social network is available for users age 13+.

As with any other animation or drawing app you’ll notice you can choose from different brush sizes and types and you can also change the background color of the app as well as changing the colors of your brushstrokes. Basically, anything that you can do in any other drawing app is also available in this app.

What starts to separate this app from other drawing apps is the ease with which you can create animations. All you have to do is select your brush stroke, start a drawing, and then tap on the plus sign on the bottom right to create the next part of your animation. The first thing you drew then becomes translucent and you can draw the next frame in your animation.

To add more frames you just continue with the same process. Once you’ve completed your animation you can tap on the play button to see what it looks like.

Most animations aren’t much fun if they don’t have any sound to go along with them and adding sound to your creations with this app is pretty simple as well. You simply tap on the sound icon in the bottom menu, tap on the record new sound tab that appears in the middle of the screen, allow the app to access your microphone, tap on start recording, and then the app will record the sound that it hears from the microphone.

All you have to do after that is give your sound a name play your animation with the sound, and then you can take a look at the finished product with sound.

Once you’re finished your animation you can tap on the globe icon at the top of the app to share it with other users. They can then comment or like your animation if they see fit. You can also do the same with their animations and that’s what makes this app interactive and social in nature. 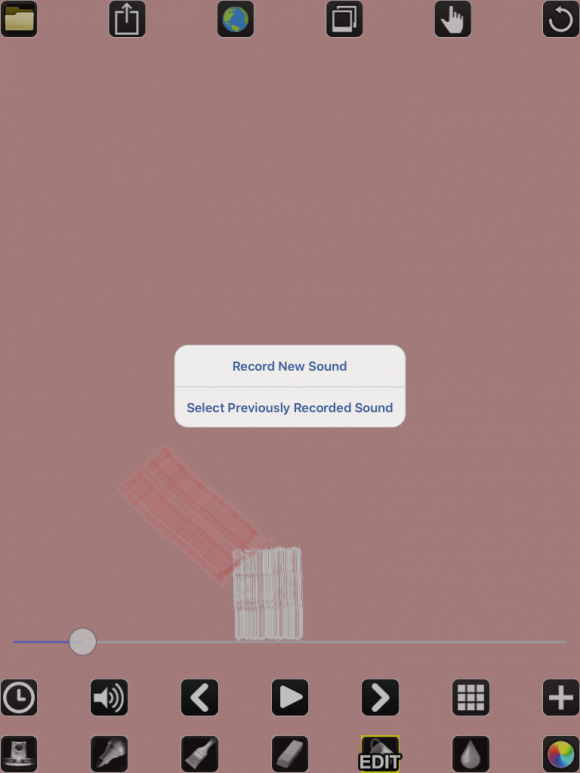 Make This Your Animation Studio

FrameCast is a powerful fun little app if you want to try your hand at animation. It can’t make you a better artist, but it does provide you with the tools to become an animator. It’s a lot of fun and definitely worth downloading.