Have you ever found yourself singing in the shower or lip-syncing to your favorite tune on the radio? If you have it’s probably because you have a little music in your soul and that’s a great thing, but it’s one thing to sing in the shower and another thing completely to try your vocals in public.

If you’ve been dying to demonstrate your showmanship to the world you may want to consider one of the fastest-growing social media apps in the App Store today: Musical.ly.

This is iPhone music app lets you create and share short musical videos using your best lip-syncing techniques. This is a free music app and it’s compatible with the iPhone, iPad, and iPod touch. 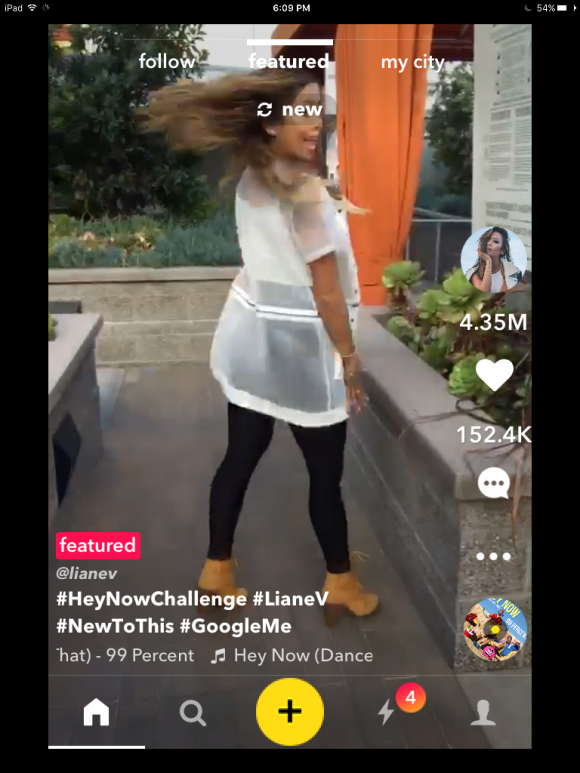 Musical.ly was created by a company of the same name and has become one of the fastest-growing social media phenomenons today.

The best iPad apps for listening to music

It’s an app for creating short musical videos and so its greatest appeal is for teenagers, but anybody can use it.

The company is based in Palo Alto California and has approximately 10 employees. All of these employees have some impressive credentials having worked for some of the upper echelon technology companies in America.

Company co-founder and CEO Alex Zhu was a creative director at Microsoft before deciding to head out on his own. Other employees have worked for companies like SAP Labs and Google, providing Musical.ly with a wealth of technological knowledge and know-how.

The company’s stated mission is to “build a global social network related to music, allowing music lovers to play with their favorite songs, create musical contents, and engage with musicians/bands.” It appears they’ve succeeded as the app is being used right around the globe.

I guess it’s not surprising that an app that’s devoted to providing a social media outlet for musically inclined people also has a strong presence on other social media apps. 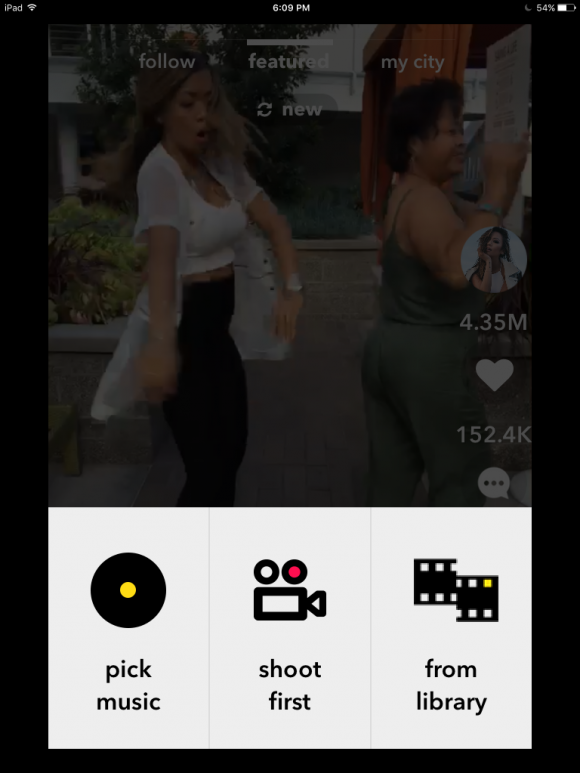 You can certainly create short videos and share them on other social media networks such as Facebook and Twitter, but the problem with that is not everybody shares your interest in this type of past time.

With an app like Musical.ly you know that you’re interacting with like-minded people that will be interested in your own creative interests.

Musical.ly is an app designed to let you have a little fun and blow off some steam. You don’t have to worry about annoying ads cluttering up your social media feed and there are no in-app purchases either.

The user interface is actually nicely laid out with your tools along the bottom and along the right-hand side superimposed over top of the video clip you’re currently previewing in your feed. It’s a unique way to present a social media feed and quite frankly it works very well.

Perhaps the only real drawback with the Musical.ly app is that it’s more catered toward teenagers than adults. This app will require 78.5 MB of available space on your iOS device.

The first time you use it you’ll be presented with a couple of samples to give you an idea of how to get started and then you can begin your Musical.ly experience.

The one thing I really liked about this app was that they suggest that you follow some of the most popular users on the service to get started which lets you see what others have done with the app. It’s a nice feature that allows you to get your feet wet fairly quickly.

The app will let you create videos from within the app to share or share an existing video that you’ve already created. There are some great tools included when you create a video with the app that let you either slow the video down or speed it up which can add some cool effects to make your videos a lot of fun.

Once you’ve created your initial video you can add some further filters to it as well which can add some spice. As far as which songs to use for your lip-syncing parody you can choose from your existing music library, or from their own online catalogue.

It’s a fairly simple process and you can get started by hitting the plus sign at the bottom of the screen to create your first video.

This really isn’t your typical social media app though as it encourages user participation; in fact, it even suggests you get involved in lip-sync contests with your friends.

The idea here is that you all pitch in and create a video using the same song and then you can vote on whose you think is the best. It’s a lot of fun and who doesn’t like a little healthy competition.

Musical.ly is a fun social media app that lets you practice your showmanship with the world even if you’re not the best singer. Anyone can lip-sync and that’s the type of videos this app focuses on.

It has some great social media tools as well that allow you to interact with other users. It may not be the most appropriate for the older generation, but the younger generation will have a lot of fun with this.