Every once in a while an app comes along that simply has to be considered a game changer. This might be because it rewrites the rules in a certain category, or because it simply invents a category that’s entirely new.

In my opinion this latter type of music learning app has the ability to excite and amaze us and in some cases even change our lives.

One music score reading app that has the potential to change our lives in a positive way is MusicPal and if you’ve been trying to learn how to read music with very little success, this may be the solution you’ve been looking for. It’s not an exaggeration to say that it has few, if any peers. 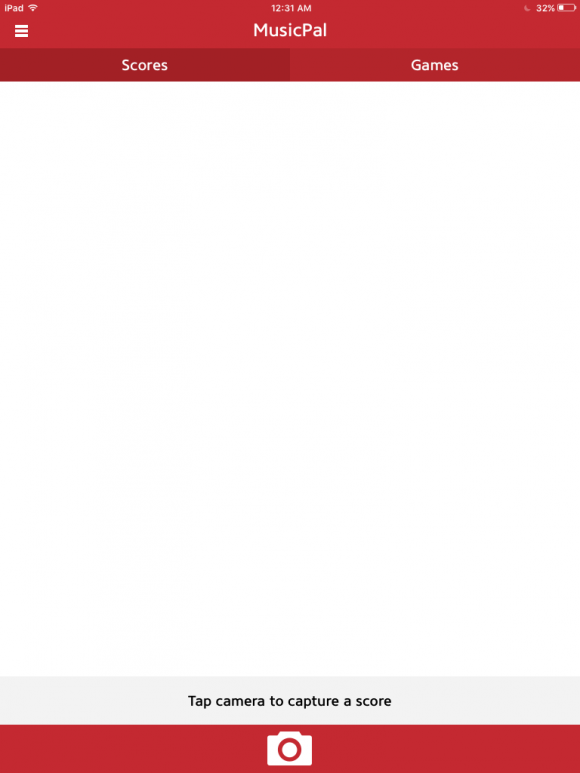 Made by a Musical Genius

After reviewing hundreds of apps, you come across some interesting characters along the way, but none have had quite the impressive resume as the driving force behind MusicPal does.

This app was created by a company called MuseAmi and the driving force behind this company is a gentleman by the name of Bob Taub. If you’re a fan of classical music you may have heard of him before as he’s an internationally renowned concert pianist – not the normal credentials for an app developer.

Taub got his idea for this app after spending some time with his daughter while she was learning to play violin.

His daughter asked him what the notes on the page sounded like and this gave him the idea to create a system that would allow you to snap a photo with your smart phone of a musical score and have the app play it for you.

This would allow you to instantly hear what the music is supposed to sound like and assist you in your own efforts to learn the piece.

After putting together a team of technical experts in areas such as machine learning and software development, he decided to transform this idea into a reality.

It wasn’t an easy process, but after several years of trial and error, the app was released in 2015. It’s gone on to be very popular with music students and has received wide critical acclaim. 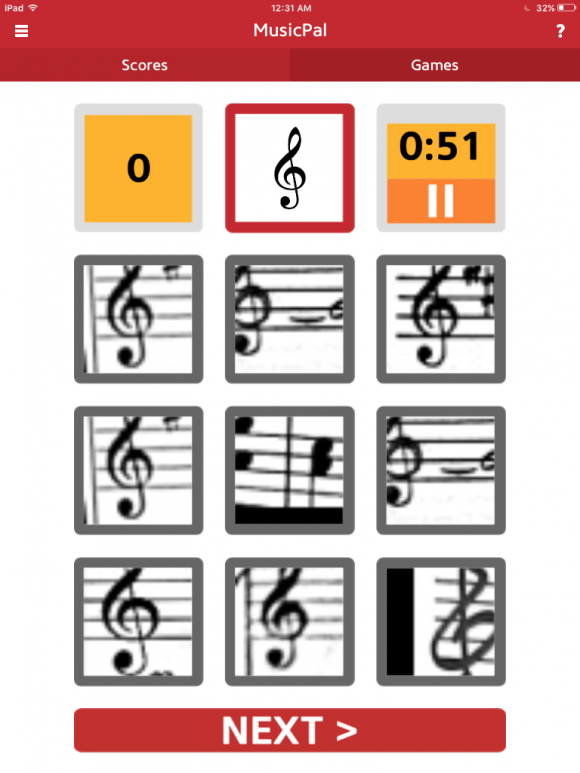 A Better Way to Learn Music

I spent a little bit of time looking around the App Store to see if there were any other apps that compared to MusicPal and there simply isn’t anything like it. It’s hard to compare an app against the competition when there is no competition, which is a ringing endorsement for this app.

However, just because this app doesn’t have a lot of competition at the moment it doesn’t mean that the developer hasn’t tried to create a great user environment – this app is extremely user friendly and really does make learning music that much easier.

The great thing about this app is that it works as advertised – it really can scan sheet music and transfer it to the app to be played. Where it does fall a little short, is in the addition of extra options.

As far as I can tell, there’s no way to save a score that you’ve scanned – you simply have to take a photo of it and scan it each time you want to use it. It would also be great if the app provided the ability to listen to scanned scores played by a variety of different musical instruments.

As it stands now, the app plays music back using a piano, and while that’s not surprising given the creator's concert pianist background, it is certainly a shortcoming. This app will require 76.5 MB of available space on your iOS device. 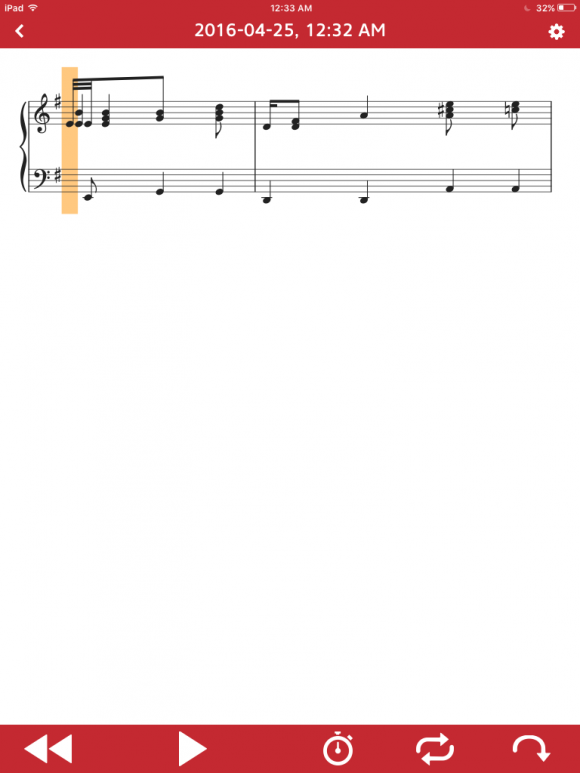 How the App Learns Music

I’ve no doubt that there’s a lot of sophisticated programming that went into developing this app as any app that allows a machine to learn is bound to have been a challenging proposition for the developer, but you wouldn’t know it based on the simplistic nature of the app.

When I say simplistic, it’s not an insult of any kind – I’m simply amazed at how easy this app is to use.

The first time you use the app, you’ll go through a brief walk-through that explains how everything works and then you’re ready to get started.

The user interface is very stark – you’ll notice two menu options at the top to choose from, either scores or games, and then a large white space covering the main body of the app with a camera icon at the bottom of the page.

To scan a piece of sheet music into the app you simply tap on that camera icon and take a picture. It may take a few seconds to load the sheet music, but once you have it works absolutely flawlessly.

Once a piece of sheet music is loaded into the app, you gain access to a few more options. You can simply play the score in normal time as you see it on the screen, tap on the timer icon to speed up or slow down the playing of the score, or tap on the single note icon to play the score one note at a time.

This variety of options allows you to listen to the score how you want and at your own pace. If you want to add a little fun to the equation there are also built-in games designed to help you learn different aspects of musical score. These are generally matching type games and are pretty straightforward, but still relatively effective. 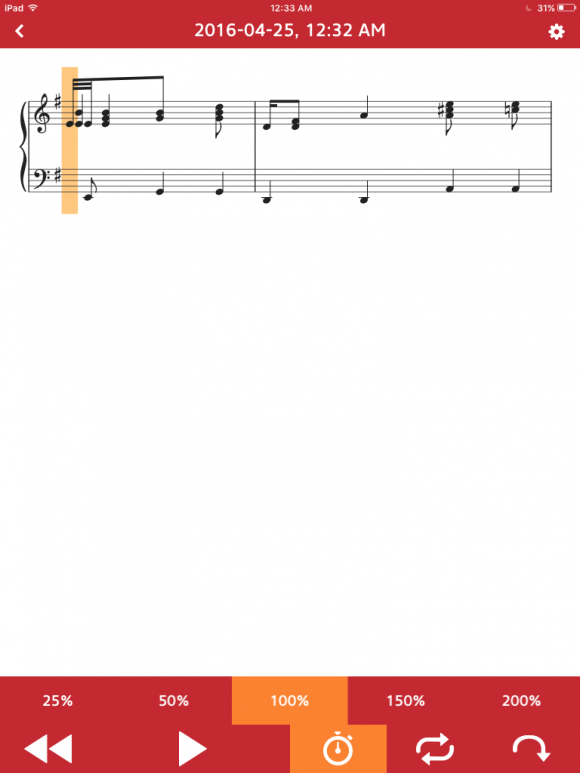 When I first learned how to play guitar, the worst part about my lessons was having to struggle through sheet music – I simply wanted to play. With this app, learning sheet music becomes a lot easier because it plays it back for you. It’s a must have app for any music students.