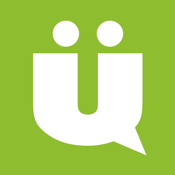 I’ll freely admit that I’m an avid user of Twitter as I find it to be one of the best social media applications for keeping up with current events.

When I’m looking for the latest news or information on my favorite sports team the first place I run to is Twitter, but the problem with Twitter is that its iOS app’s functionality is somewhat limited. It’s not what you’d call an intuitive app by any means and there are a lot of things that I think it’s missing.

In order to address these deficiencies, there are a lot of apps that have popped up claiming to enhance the functionality of Twitter on the iOS platform, lke a twitter download video, and some of them do a great job of this.

One in particular, that adds to your Twitter experience, is UberSocial for Twitter app. This is a free Twitter manager app and it’s compatible with the IPhone, IPad, and IPod Touch.

Continue reading our UberSocial Twitter app review to see how it compares to the the best Twitter apps. 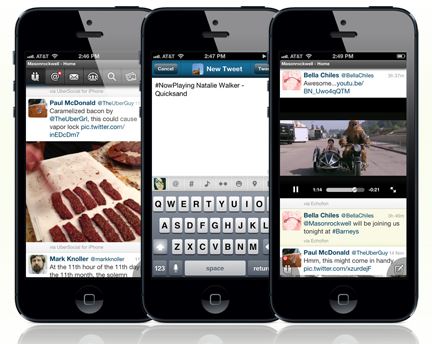 How the Idea Took Root

UberSocial for Twitter was created by a company that’s been around for quite a while now called UberMedia.

They actually made a name for themselves as a company that made the best Twitter companion apps for the BlackBerry devices, which we all know about the difficulties BlackBerry faced.

Rather than join BlackBerry in their inevitable march towards oblivion UberMedia decided to expand to other platforms such as iOS and Android. UberMedia has been highly successful in its efforts to move away from the BlackBerry platform.

In 2015, UberSocial actually became a big player in mobile advertising and has since been ranked as number 16 on the Wall Street Journal’s top 50 startups and it’s also been listed as one of the 50 most innovative companies by Fast Company.

While the seemingly inevitable demise of BlackBerry continues unabated, it seems that UberMedia has successfully separated themselves from a failing company.

UberMedia’s founder Bill Gross started with a company called Idealab way back in 1996 that was created with the intention of supporting startup companies. UberMedia was the product of one of Idealab’s innovative efforts.

He’s the type of individual that’s been living with the entrepreneurial spirit since he was about 12 years old. Bill Gross went on to graduate from Caltech and then got himself involved with Solar Devices a company dedicated to solar energy products.

Quite frankly he’s an individual who’s done it all and his leadership has given UberSocial the impetus to keep going in spite of BlackBerry’s failures. 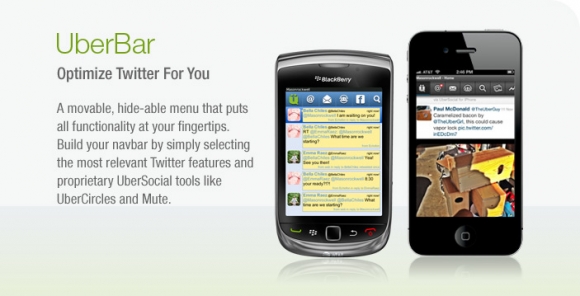 Twitter is an app that’s encouraged a lot of different companion apps over the years and Ubersocial is just one app in a crowded field.

When I come across apps that claim to enhance the Twitter experience, I always greet them with a little bit of scepticism due to the total saturation of Twitter companion apps in the App Store.

It takes something a little special to stand out in such a crowded marketplace, but UberSocial is actually one of the better companion apps available. They’ve done a great job of expanding their market to iOS and Android since the inevitable failure of the BlackBerry operating system.

The biggest disappointment for me with the UberSocial app is that it’s loaded with banner ads. They’re not just unobtrusive ads either as they take up a large portion of your screen.

f that’s not enough of an issue for you, the bigger problem may be that this is not an entirely free app. In order to get rid of those pesky little ads you’ll have to upgrade to the premium version which will cost you $4.99. This app will require 21.2 MB of available space on your iOS device. 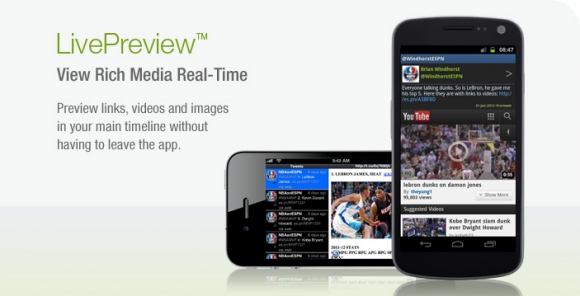 It’s probably no surprise that you have to allow the app access to your existing Twitter account before you can begin using it, but this is a pretty straightforward process and it’s simply a matter of following the on-screen prompts to get set up.

Once you have it set up, you actually open up a whole new world of Twitter experiences that you probably never had access to before.

It has the traditional access to retweets, favorites, and public lists, but it also gives you a few options that you don’t have access to with the standard Twitter app.

The Advanced Tweet Composers takes creating Tweets to whole new level with a crosspost FaceBook function and a tool to extend your Tweets if they go ovber 140 characters.

There is an easy access menu at the top of the app that gives you access to all the tools that are available to you.

Here you’ll find extra tools such as the ability to access and preview all the pictures and videos in your Twitter stream, quick access to trending topics on Twitter, as well as a very unique feature which allows you to access tweets provided by individuals nearby your location. It’s an unusual addition that adds a little bit of intimacy to your Twitter experience.

The other unique features that you’ll find in the UberSocial app is that you can also access games from within your app as well – much like you can with Facebook. That seems to be the idea here as UberSocial attempts to make Twitter as interactive as Facebook is changing the way you view the app’s functionality.

There’s also a unique feature that’s called InnerCircle Management which allows you to choose a few select Twitter accounts as ones you want to follow closely. 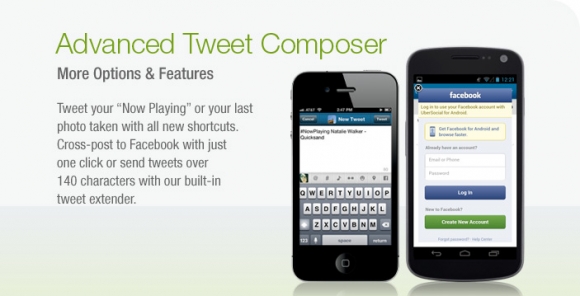 While the ads in the free version of this app are a little annoying, there’s no doubt that this UberSocial app does expand the usefulness of your Twitter experience. If you want to combine Twitter’s great ability to handle the news with Facebook’s entertainment experience this may be the best of both worlds.