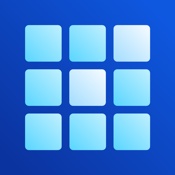 There are so many drum making apps, synthesizer apps, and various other music sampling apps in the App Store it’s difficult to sort through them all to find those hidden gems. It’s a good problem to have if you’re a music lover who’s always wanted to experiment with their own sound. These days you don’t have to be a professionally trained musician to make great music – you just have to find the right app. You might be the next big thing – who knows?

If you’re wondering where to start, then you may want to take a test spin of the Beat Maker Go! app. This is a well-designed drum pad sampling app and best of all it’s free. You will have to put up with some banner ads in the free version. It’s compatible with the iPhone, iPad, and iPod Touch. 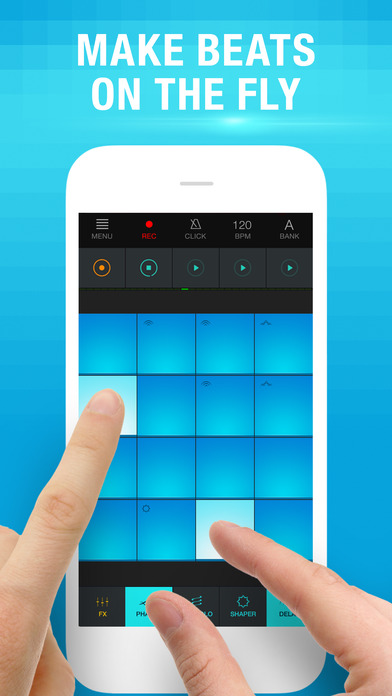 The developers of this app have teamed up with professional producers to come up with some excellent sound packs with samples you can use as the basis of your own creations. They each have their own unique styles and there’s a good chance of finding something that appeals to just about any taste. Each pack has five different tracks to choose from and you can quickly switch between each one by tapping on a quick access toolbar at the top of the screen.

A standard set of drums gives you three or four different drums to choose from to drop your beats, but this app gives you 32 separate pads to play with on two banks of 16 pads. You can’t access them all at the same time though, as you have to tap on the A/B toggle switch on the top menu to move back and forth between the banks. It’s a bit of a pain, but not a major problem.

Each separate pad makes a pretty interesting sound, but your options don’t end with the 32 different pads. There are also 9 different audio effects that you can add in as well, such as distortion, reverb, delay, and equalizer to name a few. I really liked the delay effect, but that’s probably just a personal preference. The point is you have plenty of options. 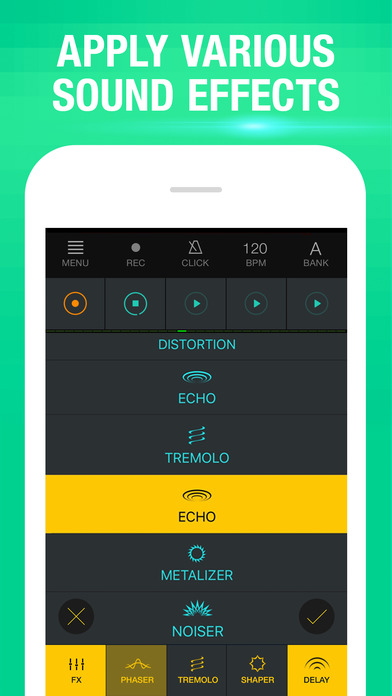 It’s a lot of fun playing around with this app, but it isn’t just a toy. You can actually record your samples to play back later and share with others. If you want to share it on SoundCloud so that you can be discovered Beat Maker Go! will let you do that directly from the app at the tap of a button. Alternatively you can also share it in a number of other ways including by email.

All of the fun little gimmicks and sound effects this app lets you play with wouldn’t be of much use if the sound they produced wasn’t impressive – fortunately, it is. Each pad produces stereo quality sound that’s music to the ears. The effects work exactly as they’re supposed to and the final product is a professional sounding sample that sounds like it was produced in a major studio. That’s not too bad for a free app!

Some of us have natural timing that allows us to keep a beat without much of a problem, but not everyone. If you find yourself among those that don’t have an uncanny natural rhythm you can still produce some great sounding samples with this app. It has a built-in metronome which can keep the time for you. All you have to do is follow its lead and you’ll create great samples every time.

While we’ve already touched upon adding in effects with Beat Maker Go!, I think that the graphic equalizer effect deserves an extra mention. This effect lets you adjust the balance of each tap of the pad and can potentially produce some very different and innovative sounds. The final result can be quite impressive and something you’ll want to share with all of your friends and family. It’s up to you whether or not you want to share with them the secret to making great samples, or if you’d rather keep it to yourself. 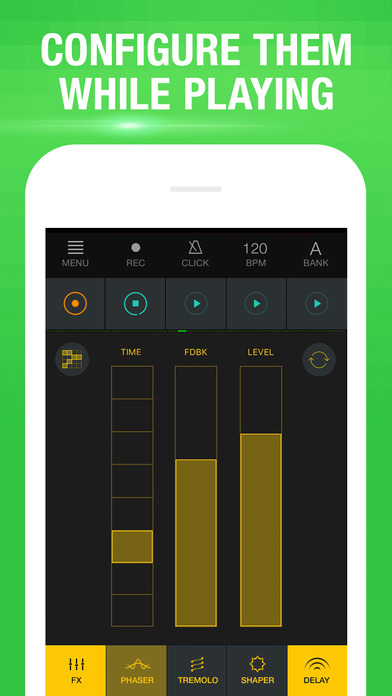 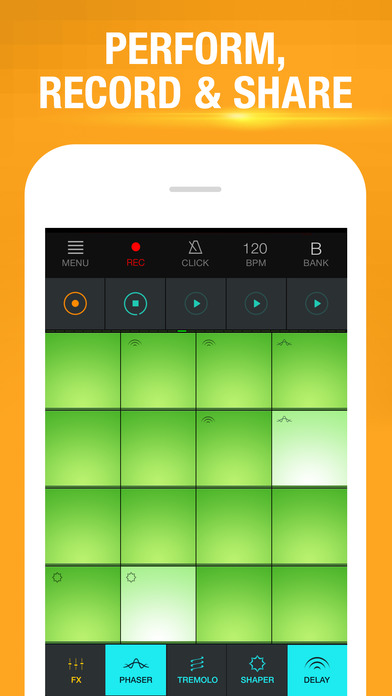 Having the ability to make great music is something that all of us wish we could do and with an app like Beat Maker Go! we can. This is a fun drum beat sampling app that’s full of different options. With multiple sound packs, 32 different pads to tap on, and a ton of different effects to choose from you won’t run out of ideas any time soon. The developers of this app have done a lot of things right and my only complaint is that I don’t want to put it down! Check out more great apps from Gismart by visiting their site https://gismart.com.