If you have ever been outside your house then you must have encountered a situation where the TV is muted. Be it airport lounges, the waiting areas in hospitals, or in front of the cardio machines at the gym, TVs are often playing something like a newscast or sports game but the audio is on mute so as to not disturb or impose the audio on every single person in the room.

The best bible apps for iPad

Tunity is an app that allows its users to tune in to the TV channel on display and pick up the audio for that particular channel by using their iOS device. It is easy to use and has many applications in daily life. Praised by the founder of Product Hunt, and websites such as CNET, this app has steadily gained popularity. 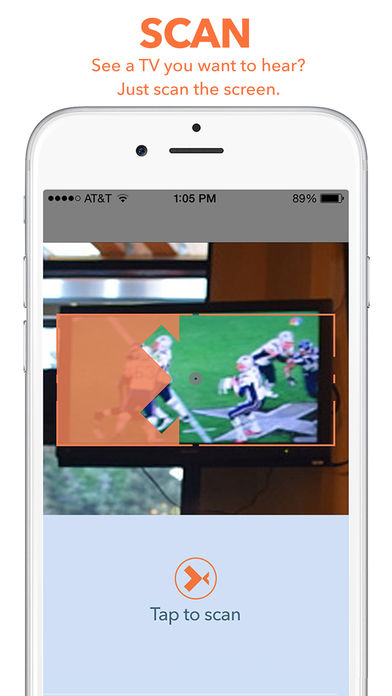 This app can be downloaded from the App store for free, and it only takes up 72 MB of real estate on your iOS device. Though it supposedly works best on the iPhone, it also seemed to work great on the iPad. It has a highly intuitive interface which makes it easy to use even for those who are not very tech-savvy, but just want to enjoy their favorite TV channels.

Scan & Tune In With Ease

Rather than searching through thousands of channels that are usually broadcasted, Tunity can pick up the right channel playing in front of the user with ease. The user can fire up the app and simply scan the TV, much like Shazam, which picks up the song using an audio scanner. Within seconds, the audio of the TV station will be streaming into the iOS device in the user’s hands.

The scan feature in the app works even if the user is fairly distant from the TV. The app had some audio lag issues, but the developers have fixed this by providing the users with the ability to fine tune the audio sync. Users can tap the rewind and fast forward buttons to get to the perfect sync. 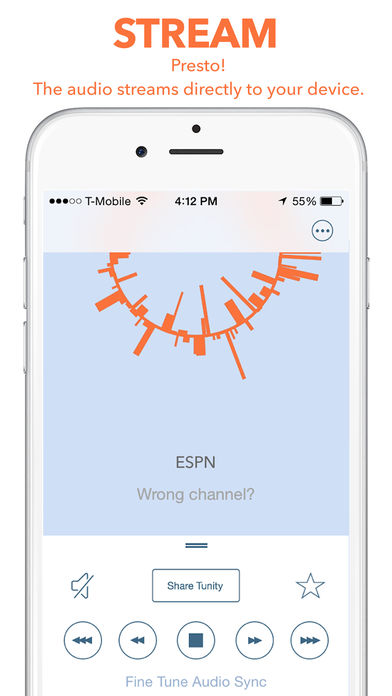 The diverse uses of the app make it usable whether you are at a public place like an airport lounge, or you simply need to get work done while your kids watch TV. Tune in to their favorite show and hand them headphones to listen.

Later, when it’s bedtime, you can put them to sleep and watch TV with earphones so as to not wake them up! Students at universities can also watch TV without disturbing their roommates.

Those, like me, who go to the gym and need to get their cardio in will be happy to have the audio going for those muted TVs – it makes the sessions go by that much faster!

This app is also wonderful for those who have hearing impairments – users need not disturb others by listening to the channels loudly; they can simply put on earphones and listen at whatever volume is suitable for them.

At the moment, the app covers dozens of channels that includes news channels such as CNN, sports networks like ESPN, and even kids’ channels like Nickelodeon. Perhaps, the one limitation of this app is that it only covers channels that are broadcasted nationally. So, if one wants to check out local news or other types of local programming on TV, this will not be possible via this app as of yet. 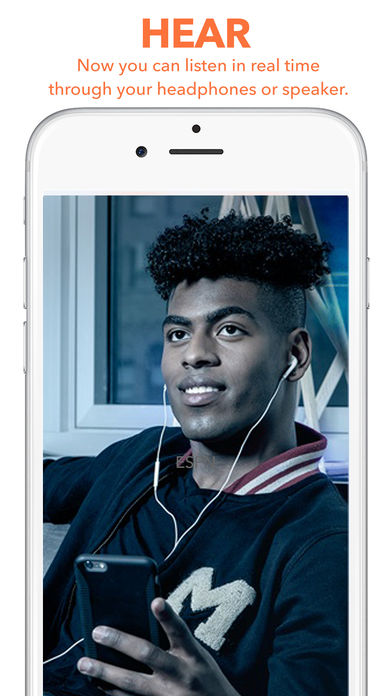 The app uses the GPS of the iOS device to find the area in which the user lives and tunes in to the channel. This means that the feed is picked up at the right time depending on the time zone. This is definitely a useful feature and required for an app like this. However, it also means that users who scan channels too often may experience a battery drain due to the frequent GPS usage. 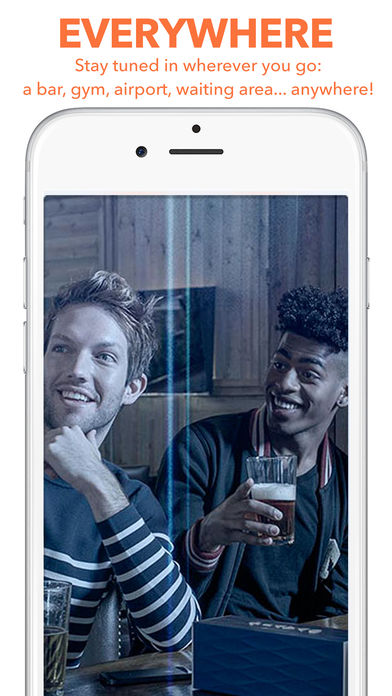 The Tunity app is a fantastic tool which serves many purposes and very handy to have in one’s iPhone or iPad. Whether you find yourself frequently in transit at airports, watching muted TVs at the gym, or are in a situation where your sleep schedule differs from those living under the same roof, this app is a great one to have around so you can fire it up as needed. The fact that it is free only makes it that much better and there are no hidden costs or IAPs involved. This app is still in its infancy and will probably see several updates in the future where the current bugs are addressed and more channels are added in order to cater to a wider audience and bring its current audience more options to choose from.