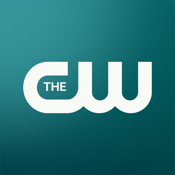 This app lets you enjoy The CW Network no matter where you are, allowing you to watch full-length episodes for free. You'll be able to stream such shows as Gossip Girl, The Vampire Diaries, 90210, Hart of Dixie, Supernatural, America's Next Top Model, and Nikita.

Some episodes are available as soon as the morning after the broadcast such as Beauty & the Beast, Arrow, and Emily Owens, M.D.

The app gives you the ability to watch the most current five full episodes of your primetime show. You can find this in the On Demand section.

As well the app gives you a social spin by letting you connect with fan pages on Facebook, post

comments, and like items. You can also link directly to the CW star Tweets where you can Retweet, Reply, and Follow.

Other features include a schedule you can browse through and use to set reminders so you don't miss your favorite shows.

It should be noted that an Internet connection is needed to stream shows.

The CW Network was updated on Nov. 3, 2012 and currently has 14,983 customer ratings with an average rating of four and a half out of five stars.

As a fan of The CW Network I really liked that this app was able to keep me up-to-date on all my favorite shows. I especially liked the reminder feature I could set in the schedule so I wouldn’t forget about upcoming episodes. I also liked that I was able to view not just the most current episode of my show but the most recent five.