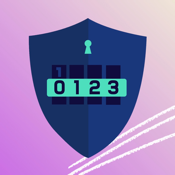 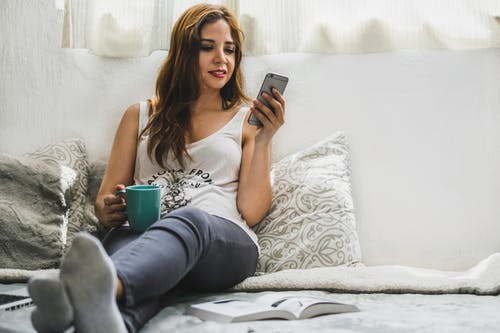 With so many apps now in the AppStore, and an increasing number of categories, it’s good to get around to reviewing apps that offer entertainment while at the same time having the chance to win real money at the same time. This is the case with the 888Ladies Bingo app that was originally released more than 7 years ago and is still going strong. With more than other 10 apps published by this developer in this category, it’s clear that they are serious about what they do and looking at their portfolio we can see a certain degree of consistency in their approach to developing apps.  We took a look at the app to see what’s under the hood, and what we found is good.

On first opening the app, the look and design is clean and user friendly. As would be expected in this category, the emphasis is very much on offering a wide range of options to suit all players and the brightness and look of the app is well designed to highlight them. The menu is easy to use, which is a good sign considering it’s about finding the fun that we are all looking for. Recent updates to the app focused on improving the user experience and adding more games to play along with extra bonus options. Overall, the UI is appealing and the app Is comfortable to use. First impressions of an app are always important, and it’s so far so good with this one. 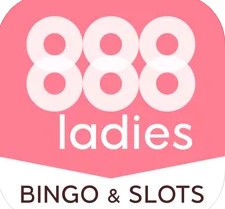 The main feature that we would comment on is the number of options available in the app. With 75 ball and 90 ball Bingo and an interesting take on Roulette bingo, along with quite a few more to choose from. It’s also interesting that the developers have made access to the app more universal, with free games for newcomers to try it out, and for loyal members who simply just want to have a free spin. As the app is free to download, it is good to see that it’s not all about the money. We have in the past, reviewed quite a few apps that cost money to download, have in app purchases and are filled with ads, so we are always glad to see apps that use this freemium model.

As is standard in this category, there are generous bonuses for new sign-ups, offering a 200% bonus on both bingo and games. Paid games start from only 1p a game which is low as can be realistically. Some T&Cs apply, but that would be expected. Compared to the price of most apps now, this one falls in to the “very reasonable” category.

Something that is not that common, is the next feature we noticed. In addition to a variety of bingo games, the app also has a wide range of other games to play. These include table games, scratch cards and slot games. Some of the slot games recently added include Irish luck, Da Vinci Diamonds, Shaman’s Dream and Temple of Iris. No doubt, the developer will continue to add more each update, based on the history of previous ones.

The variety available is a great extra feature, because so often, apps become mundane and dated by only offering a limited number of options. The extra games increase the appeal of the app and something we don’t often see.  As the market has matured, users are demanding more from apps and it’s good to see this app has met that requirement.

Compared to the competition

With thousands of bingo related apps now available, it’s important for an app wishing to rank well in the AppStore to get seen by users and the app currently stands at position 111, which places it amongst the top performers in this category. We have reviewed dozens of bingo apps and almost all of those that we reviewed are no longer in the AppStore which tells us how demanding customers are and how difficult it can be to meet their expectations.  With a 7-year history, this app has proven to be a contender as one of the best bingo games in the market. The frequent updates to the app would certainly be one of the reasons that it ranks well, along with the advantages listed in our review. With frequent updates by Apple, developers must also follow suit in improving their offerings to raise the quality of apps in particular and the AppStore in general.  Our 10 years of experience in reviewing apps has taught us to recognize what important features generally lead to success and this app meets that criteria in several levels – a good user experience, frequent updates to the app and developer responsiveness to user feedback. 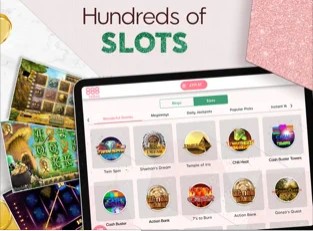 Since the app was released more than 7 years ago, it has had more than 20 updates which is something we have always liked to see. We have reviewed more than 20,000 apps and constantly surprised by the number of apps that rarely, if ever, get updated.  It’s also commendable that the developers reply to comments in the AppStore. This ability for developers to respond to user comments is a fairly recent one introduced by Apple and it’s something we always have a lookout for in making any assessment about an app. Too many apps are abandoned, so when we see interaction like this it ticks a box for us.

Overall, our impressions are positive. The app provides good entertainment in a popular category, while offering both the chance to win real money, while at the same time allowing players to play for free. The bonus structure has been updated to give all players an equal chance of winning prizes and their bonus fund policy seems to be a fair and popular policy for users. Certainly, the app falls in to our favorites column for this category. We check in on apps previously reviewed so hopefully our future updates will remain as positive about this one.

Tiernan Quinn is a blogger and reviewer of thousands of apps.