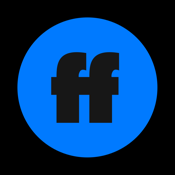 ABC Family by ABC Family is an entertainment app that allows you to watch full episodes of your favorite ABC originals.

Watch full episodes of great shows like The Lying Game, Switched at Birth, Life of the American Teenager, Pretty Little Liars, Beverly Hills Nannies and much more. Enjoy the best of ABC Family anytime, anywhere! You will have instant access to the episodes as the app gets updated at the very same time as ABCFamily.com. The schedule provided by the app is very easy to use and understand, meaning you will always know when your favorite show is playing.

All of the ABC Family Original series offer its viewers closed-captioning, as well as the ability to pause and watch the rest at a time more convenient for you. The best part is the app and the shows are all completely free but it is available only in the US. The newest u

pdate focused on stability improvements and bug fixes; users should notice an improvement over previous versions.

ABC Family was updated to Version 2.0.4 on November 02, 2012.. It has a total of 2089 customer ratings with an average of 3.5 out of five stars. Feedback from this last update has been positive with many users finding increased stability coupled with a smoother and more enjoyable time navigating.

I personally don’t watch the shows offered through this app but that doesn’t mean I wouldn’t recommend it. Of course you will have some minor advertisements to deal with, but all in all you will have the benefit of full episodes of high quality TV enjoyment.