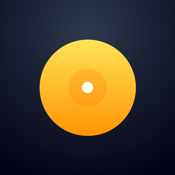 djay LE by algoriddim is a portable DJ system for your iPhone. It was chosen as one of the best Music Apps of 2011 and iPhone App of the Year 2011 Runner-Up (Japan) by Apple.

This app turns your iPhone into an all-out DJ system. You’ll have the chance to try out the app on up to 25 songs from your iPhone’s music library. After that, you can buy the full version for just $0.99.

The full version offers even more features, like access to your whole music library, automix, and live mix recording.

djay LE was updated to Version 1.6.4 on February 28, 2013. The update made bug fixes, performance improvements, and added support for notifications. The app is available in English, French, German, Italian, Japanese, and Spanish. The app has a total of 115 customer ratings with an average of three out

of five stars, and the current version has 80 customer ratings with an average of two stars; many complaints about the fact you only get 15 songs from your library to try out.

I’m no DJ but I thought this app offered a lot of fun features. Check it out.