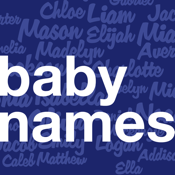 Nametrix: Doctor or Dancer? by Mark Edmond answers the question of what a name says about someone in a very fun way.

This app has been mentioned by all kinds of top media sources such as NYTimes, Good Morning America, and Mashable. There are all kinds of things your name could say about you, such as the fact you're a lawyer, a doctor, a stripper, a democrat, a Southern girl or boy, and more.

If name research is something you find fun and/or entertaining then this is exactly that but on a new level. The app uses customized software that analyzed millions of actual people, their data, and professions by using Wikipedia and data from the U.S. government. These results aren't just made up or pulled from a hat, they in fact have data and research to back them up.

When you look up a name you will be given a bunch of details about what that name says about something. For example the name Alexander peaked in 1993 when it came to popularity, is most popular in the Midwest, was #8 in popularity last year, top party is democrat, and the top occupations are Librettist, Aerospace Engineer, and Skeleton Racer.

Nametrix: Doctor or Dancer? was updated on Feb. 22, 2013 and currently has five customer ratings with an average rating of four out of five stars.

This app is all about sheer enjoyment and fun. I found it incredibly easy to look up a name and get really interesting details. The only downfall is that it becomes addictive and you’re going to want to start looking up everyone’s names.