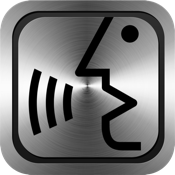 Voice Assistant by Quanticapps is a dictaphone app that enables you to easily input text by speaking. Utilizing voice-recognition this way prevents you from having to type a single word.

With this app, you will be able to input text at up to five times the speed of typing, and the built-in grammar check will suggest corrections for any errors in your sentences. Voice Assistant can also be used as a tool for quickly checking word spellings.

This app supports 22 languages and is a very fast way for you to create text messages, emails, and post status updates to social media sites such as Facebook and Twitter.

Voice Assistant was updated to version 1.1.2 in late-December of 2012. The current version has received a total of 7 ratings with an average rating of 1.5 out of five stars.

I have gotten so used to typing over the years that I don’t think I’ll ever be able to make the full transition over to doing everything by dictating. Voice Assistant might not be for me but it is still an innovative idea; the only thing I would point out is that it doesn’t really do much that Siri isn’t capable of, although having all the features in one place does make life a little easier. Check out this iPhone audio record and see if it works for you.