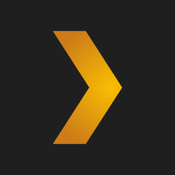 Plex by Plex Inc. lets you stream music, videos, and images from your home computer to your iOS device.

The one thing the iOS devices lack is the ability to stream media from your PC to your device. That has all been remedied now with this great app called Plex. Once you have installed Plex you will find you now have the ultimate freedom for media sharing.

Media stored on your desktop computer comes in many different file formats and most them cannot be read by your iOS device. Plex is capable of reading and playing most video and sounds formats that previously were unavailable to you.

You can also sign up for the myPlex service which lets you connect to friends media servers who also have the myPlex service. This allows you to expand your streaming media library beyond your own content and into near infinity. The more people you know who have the service, the more media you will be able to access.

There are some limitations to media types that can be played and those include DRM-protected content, ISO images, VIDEO_TS folders and unusual audio formats that iOS device’s cannot play natively.

Plex was last updated to Version 3.1.3 on April 15, 2013 and included several new features and bug fixes. There have been 284 ratings for this app with an average score of five out of five stars.

I like how well this app works for streaming media content. The connection is able to clearly stream video and sound without skips and pauses. I was very impressed with the overall functionality.

For: iPhone, iPod touch, and iPad with iOS 5.1 or later. Plex is optimized for iPhone 5.