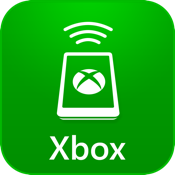 Xbox SmartGlass app review: connect to your Xbox and expand your media experience

Xbox SmartGlass by Microsoft Corporation lets you connect your device to your Xbox360 for a rich interactive experience.

How much more interactive and entertaining can it get than to connect your iOS device to your Xbox360 and stream live data and media content. Xbox SmartGlass lets you do all of the above and more and enhances your media experience taking you to the next level of involvement.

Once you have connected your iOS device to your Xbox you can begin to use your iPhone or iPad to navigate the Xbox360 using the standard touch gestures. You can also use your device's keyboard to input text and numbers which reduces the number of add-on devices.

You can also control all pause, play, stop, and other video playback functions from your iOS device. Track and compare your achievements with your friends and even edit your 3D avatar all from this app. Anything you can do directly on your Xbox you can now do wirelessly from your iPhone or iPad.

Xbox SmartGlass was last updated to Version 2.5 on April 24, 2013 and included some minor bug fixes. There have been 225 reviews of this app with an average rating of four out of five stars.

The added functionality that this app brings to your Xbox is very nice. I spent a fair amount of time playing around with this app and barely touched even half of the features. This is a really great app.

For: iPhone, iPod touch, and iPad with iOS 5.0 or later. Xbox SmartGlass is optimized for iPhone 5.