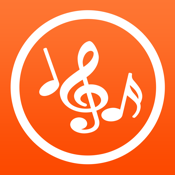 Using the audio files on your iOS device, this listening to music app will search YouTube in a mere matter of seconds to retrieve multiple videos matching your songs, complete with lyrics and the ability to cache videos for offline viewing

I absolutely love this music listening app for iPhone at the moment; it takes literally a few seconds before you’re presented with a variety of video options. This is a great way to catch alternative live and acoustic versions of the songs you love.

Check out our Music TV app review for more details and let us know if you think it's one of the best iPhone apps for listening to music.

The premise of this app is simple; import your Music Library and gain access to the corresponding music videos along with a selection of alternative videos depending on whether you want to watch a live version or a video with lyrics.

For the majority of songs, you can actually access the lyrics from within the app, although I’ve noticed that some songs only show the first couple of verses of lyrics, apparently due to licensing issues.

If you don’t want to watch the video, you can still listen to the audio in the background as Music TV supports multitasking. 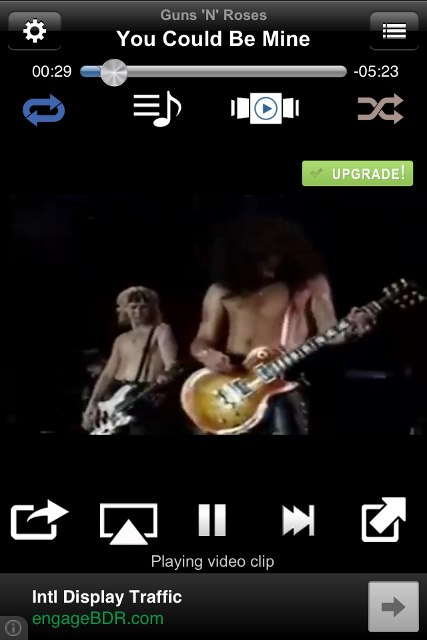 Another thing I really like about this app is how you can tap the Cache button and save videos for offline viewing; this is great if you’re putting together a playlist and would like to include some more obscure versions of songs.

You can also port your music video via AirPlay to your Apple TV; so again, the caching feature is great if you want to arrange a line-up of videos to watch on a bigger screen.

The developer also states that Music TV features a “self-learning algorithm” which means the service will become faster and more accurate with time as the user base grows. 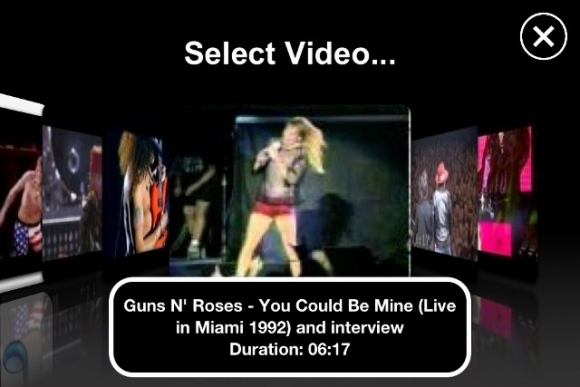 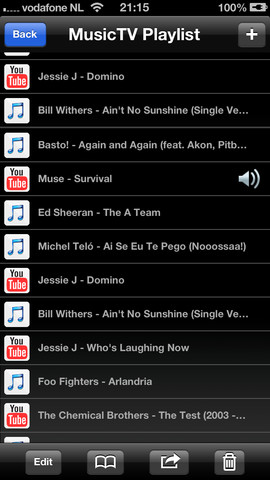 Music TV has definitely earned a permanent spot on my iPhone because it saves so much time and hassle having to search YouTube; the video selections have all been spot on for me so far and I’ve managed to uncover some awesome live versions of songs by some of my favorite bands.

This app also lets you share your playlists on Facebook and Twitter, so as you can probably imagine, I’ve been bombarding my friends and family with loads of music suggestions mainly because Music TV makes the process so quick and easy!

If you love music and enjoy watching music videos, you’ll definitely want to check this app out; I really don’t think you’ll be disappointed.