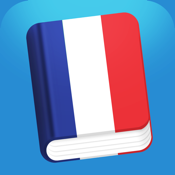 Learn French - Phrasebook for travel in France app review: easy to use phrases for beginners 2021

“Bonjour!”, the app greets me, thanking me for installing this French app and letting me know this app works on iPhone, iPad and iPod Touch. Would I like to upgrade now?

I don’t know yet, as I haven’t tried the iPhone French app yet! Tapping through a quick, one page guide shows me how the app works and lets me know that if I have trouble, I can always contact them on their website.

I quickly found out that this is not like other French language apps for iPad and iPhone that actually teach you French, but it’s a very handy phrasebook to have with you if you travel to the country of wine, cheese and garlic.

Keep readign our Learn French - Phrasebook for travel in France app review to learn more about this top French app for iPhone and iPad users.

Most used sentences when traveling

The app is well laid out and comes with an overview of the most used sentences for traveling to France, particularly the beautiful city of Paris. Available in the free version, before upgrading the app, are six handy subjects.

Greetings, allowing you to do quick introductions, about where you’re from and what age you are. General Conversation simply has handy conversational sentences to offer. The numbers subject speaks for itself, while directions and places focus on the most common amenities in France.

Transportation is very Paris based, talking about the metro and the airport. Lastly there is eating out, which has all the basics in there, and then suddenly an odd one out, chrysanthemum tea?!

Upgrading the app for $4.99 will unlock another 12 subjects, totaling the amount of sentences to over 800 different ones. 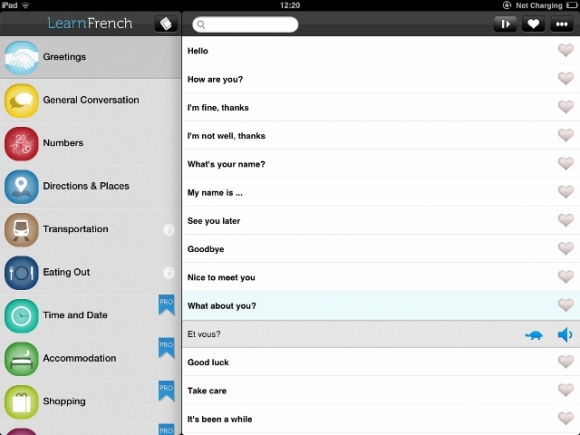 A sentence spoken for you

If you’re completely useless with a language, sometimes it’s handy to have the app do the hard work for you. When you click on a word or sentence, the app will pronounce the sentence for you as if the app itself is a French person.

French people speak really fast. Luckily, if you actually want to learn to communicate in France a little bit, you can have the app repeat it really slowly, which helps you with the pronunciation. If there are sentences you use often, you can add them to your favorites page.

There is also an option to have the app read out an entire list or subject, which goes so quick, I can’t really seem to find a use for it. 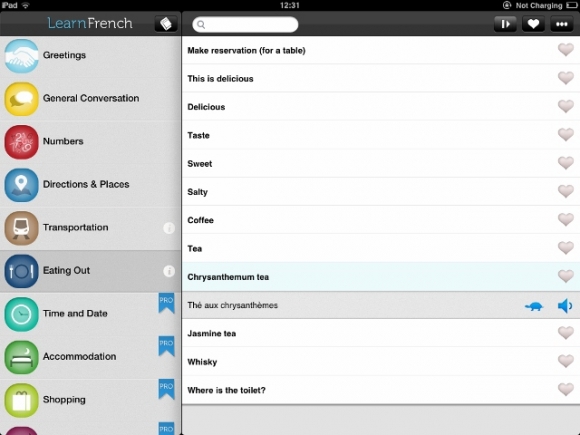 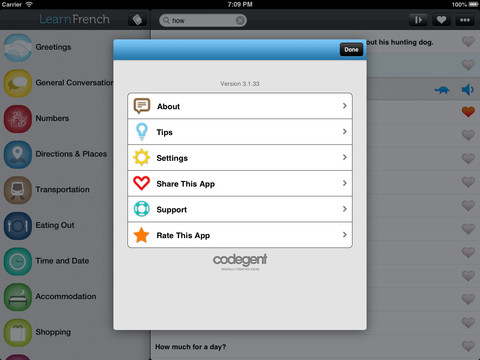 Learn French - Phrasebook for Travel in France is a very useful app to have in your pocket when traveling to a French-speaking country. It's not the best French app, won’t make you learn the language and speak it fluently, but it will help you get around and it covers all the basic needs for visiting France.

The app looks really good, is easy to use and only takes up around 19 MB of space on your device. I will definitely recommend this app for anyone wanting to visit France and not wanting to learn the language.