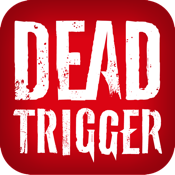 Until yesterday, I hadn’t even heard of Dead Trigger. This iPhone shooting games app by MADFINGER Games is presumable one of the best looking free games on the app store, and maybe also one of the most fun!

This shooting games app is a pretty hard-core game, with a very simple concept: kill all the zombies that stand between you and your ultimate goal: survival.

The game follows a basic story of a city overrun by the zombie horde, but that can’t take away from the fun to be had with this free to play first person shooter.

Is it one of the best iPhone shooting game apps? Keep reading our Dead Trigger app review to find out.

Every mission, even though some of them are really short and other ones are just “Survival” missions that don’t leave a certain area, has a simple objective. Either you need to kill all zombies, or you need to make sure the zombies don’t kill you.

You must preserve ammo, shoot objects in the environment and sometimes just run! Sporadically you also receive helpful secondary items, like gun turrets that will shoot on sight.

After a successful mission, you will get a reward in the form of experience, to carry you further in your adventure and money, to buy new weapons and ammo. 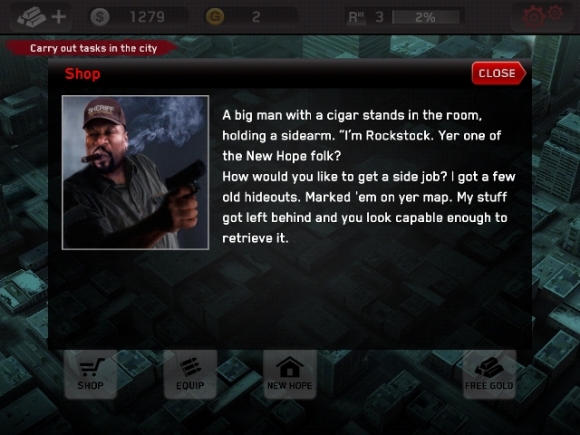 This game, as every free to play game, has a way of monetizing itself. In Dead Trigger, this manifests itself in 3 ways; Ads, very annoying and exactly when you don’t want them, so you’ll accidentally tap them which gets you out of the game and into the app store.

Secondly, gold and money. You need to earn more gold to unlock better weapons and items to kill more zombies quicker. Last but not least is the sneaky “Earn free gold” scheme, which makes you watch ads and complete real life tasks to earn ad money for the game developer.

This game could and should easily be a money maker for the developer by making it a paid app. If they would have asked a few bucks for it, most hardcore gamers would easily pay for a game like this as the controls and graphics are good, it’s fast paced and there is tons of cool progressions to be found. 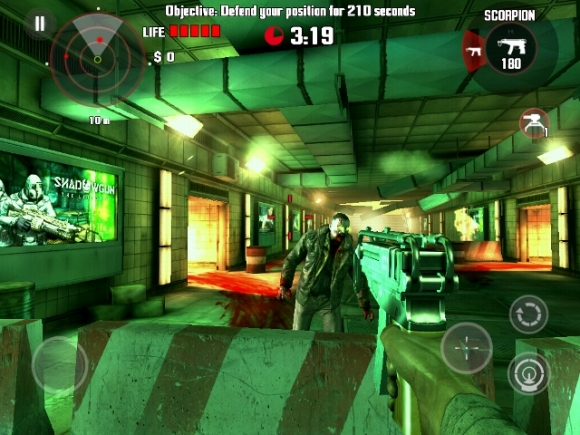 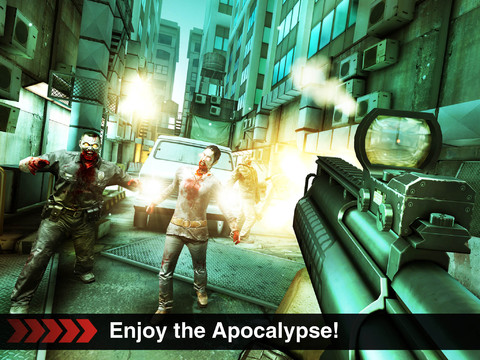 Dead Trigger is a great hard-core first person shooter on iOS. I can’t really see anyone playing this on iPhone, but the app is designed for both iPhone and iPad.

Progression is cleverly done but the monetizing of this game has rip-off written all over it. I would rather pay a one-off price for this game and get the costs out of the way.