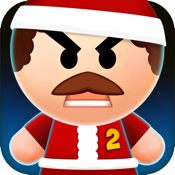 Beat the Boss 2 app review: avenge yourself and let all your stress go 2021

Your boss Joe has done terrible things to you! Making you work late, shouting at you, making you do things you are not getting paid for; you need to make him pay!

In Beat the Boss 2, a reaction game app by Game Hive Corp., you can use a huge arsenal of weapon, each one crazier then the last, to take your aggression out on Joe and make him pay for everything that he has done to you.

The good reaction game app for iPhone is completely free and also compatible with the iPad. Let's dive deeper into this game with our Beat the Boss 2 app review and see how this ranks among the top reaction games for iPhone.

The game starts with an explanation that you can drag and throw the boss around and inflict damage on him that way. Soon you will be asked to buy your first weapon and start to really hurt poor Joe.

By hurting your boss, you will slowly but surely make tons of coins that will allow you to unlock a huge arsenal of weapons. When you’ve gotten enough coins, you can even unlock new bosses. 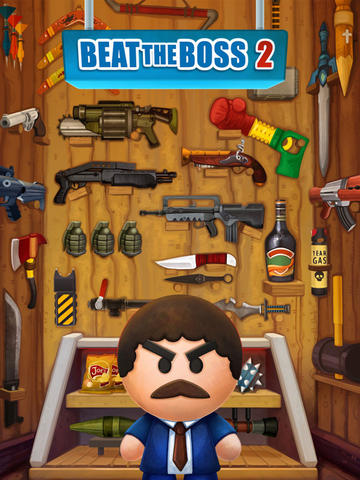 Basic Gameplay and Boredom that Sets in Quickly

The gameplay itself is very basic, which makes it easy to play, but also makes the game become pretty boring very soon. The reason for this boredom to set in is that the new weapons are pretty expensive, and you need to inflict pain quite a lot before gathering enough coins to unlock a new weapon.

The first new environment comes quite soon, but the next one takes a long while to be unlocked. You won’t gather coins fast enough to keep the game interesting. 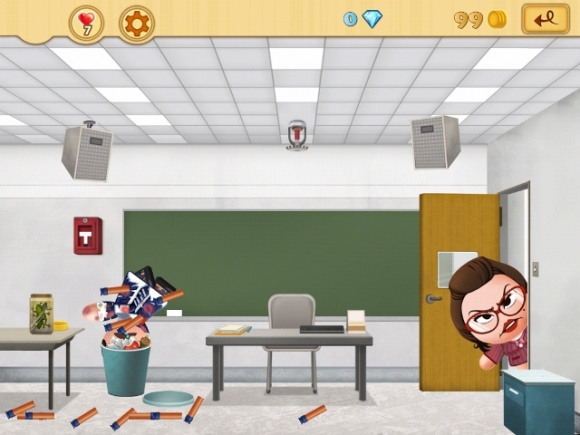 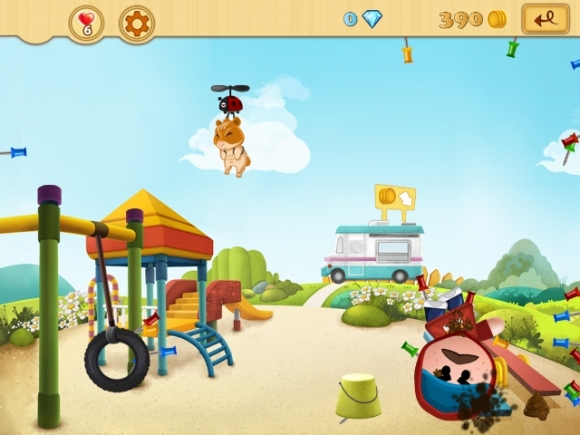 I can see why Beat the Boss 2 is so popular. The game is ideal for a quick play in between classes, during a coffee break, or during a commute. It loads quickly, allows for instant fun, and looks really funny.

If you want to play for longer than five minutes I would boot up something else as the game gets pretty boring really quickly.

There are no ads within the game, and enough content to keep you happy, as long as you will be putting in the time of beating the boss. Unlocks are really hard to get and take a good amount of time.