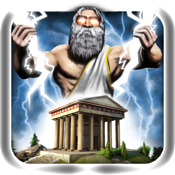 Fury of the Gods app review: become a Greek god and smite down the unbelievers 2021

Fury of the Gods by Chillingo Ltd is a role playing app that allows you to step into the shoes of a Greek god and keep the attacking armies away from your temple.

This app for role playing games is a very clever take on the very popular tower defense genre, but this time you play in a full 3D area. The game looks really good and you can play the entire game with just one finger.

That finger is your main weapon to drive the enemies down the mountain. Every level, enemies will get stronger, but your powers and summons do as well!

Keep reading our Fury of the Gods app review to see all that's offered in this good role playing app for iPhone.

Three Gods, All With Different Powers

In Fury of the Gods you can play as three different Greek deities, namely Zeus, who commands the power of lightning, Poseidon, who wields the force of the oceans, and Hades, who rules the flames of the underworld itself.

As one of these gods, your job is to keep the enemy away from your temple. Just tap on them when they climb up Mount Olympus, or the other two areas available in the game.

Your power doesn’t  stop there, as you can earn coins during gameplay to place all kinds of mythical creatures to defend your palace. You can also call on the powers of nature using the magic meter on the left of the screen. 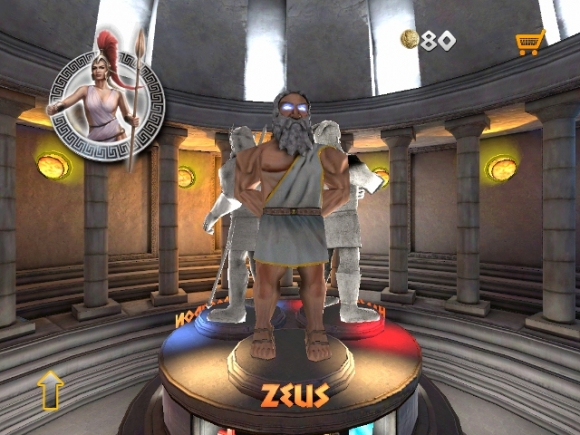 Being one of a long list of infamous free-to-play games, Fury of the Gods does a very good job not forcing the player into constantly having to deal with pop-ups asking you to invest money in different power ups or extra coins.

The possibility of course is there, but the app never really pushes you to spend any money. The most expensive (and most useful) powers you can buy are the aptly named Ultimate Powers, which can instantly destroy all the enemies on the screen. You can buy 12 of these for $2.99.

At the start of the game, both Hades and Poseidon are locked, but you can unlock these two Gods simply by progressing through the Zeus (and after, Poseidon), campaigns.

Or you can pay another $2.99 to instantly unlock all levels, but I wouldn’t recommend it as the first Zeus levels are a great way to learn how to play the game. 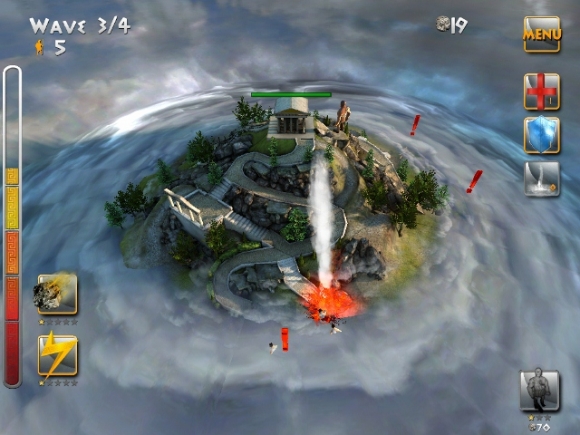 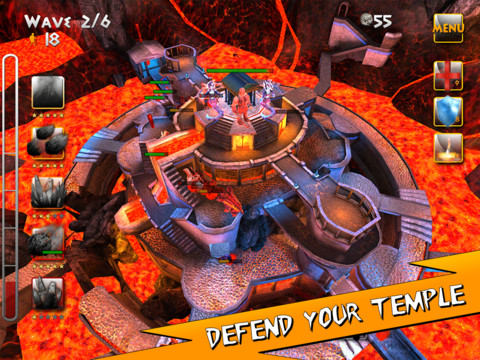 This is free to play as it should be. A really innovative way to play a genre everyone knows, and no pushing for buying in-app content. The game looks great, running on the Unreal engine, and the sounds of people falling off the mountain is often hilarious.

The app is compatible both for iPhone and iPad, and requires nearly 230 MB of space. This game is suited for casual players as well as hardcore gamers. I can recommend this to anyone who like the other tower defense games.