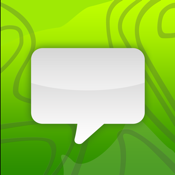 The Earthmate app by DeLorme is an app created to allow you to turn your iPhone, iPad, or iPod touch into a satellite communicator when paired with an inReach device.

This Earthmate app for iPhone allows you to access the following exclusive features: send and receive text messages, follow me / find me tracking, trip history and track points, topographic maps and NOAA charts, and global SOS, all made possible without being connected to any satellite.

As a caveat, I do not own an Inreach Satellite Communicator, but I will do my very best to write as much I can about this app without pairing up. Keep reading our Delorme Earthmate app review for more details. After reading the Earthmate app review, head on over to our best of lists for more great options.

Wherever you are in the world

The good thing about this app is that it allows you to have everything you need available to you when you’re out in the wilderness. You do not need any cellular connection like WiFi or 3G.

As long you as you are close enough to the Inreach Satellite Communicator, you will be connected with all the features this app has to offer. It’s a great way to keep in touch with friends and family if you’re out at sea, climbing mountains. or exploring the jungle.

Without pairing up with the inReach device, this app is completely useless, so don’t bother downloading it if you haven’t got one. InReach devices are between $249.99 and $299.99. 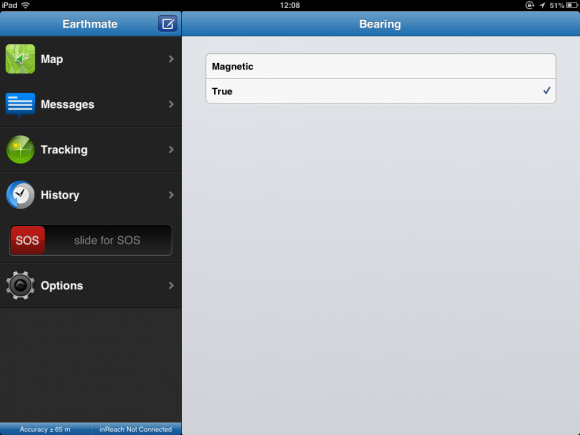 As said before, the app hosts a lot of features, but why add these features to the app when the inReach Satellite Communicator can do the same?

Sending and receiving text message is also possible with that device, though I can imagine that using your iPhone or iPad is a lot easier. Global SOS is another feature that is void in this app as it’s already installed on the Satellite Communicator.

The real bonus feature, mainly because this app is absolutely free, is that you can download maps on your device, even when you’re outside reach of 3G and WiFi.

When you’re out at sea, the NOAA (National Oceanic and Atmospheric Administration) charts are especially handy to get, as they change more often then you will probably have 3G or WiFi connection. 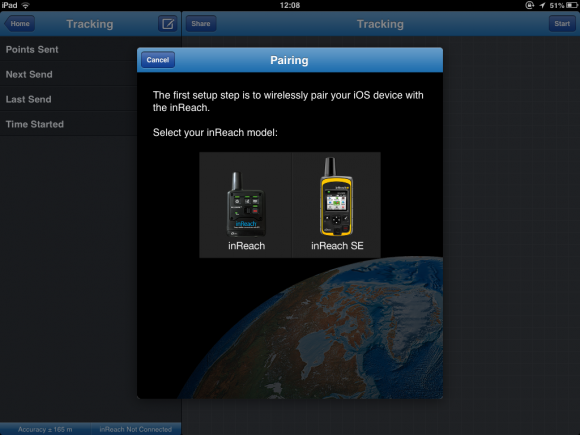 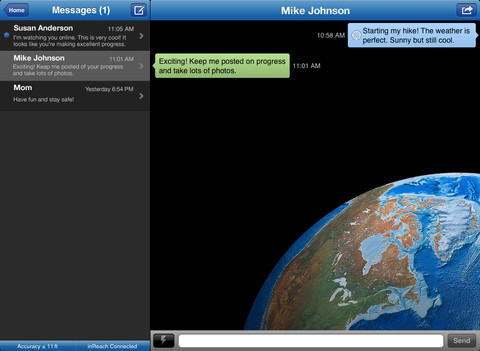 If you’re a sea captain, jungle explorer or a mountain climber, this app will not let you down, as long as you have that 250 dollar device! Downloading maps and NOAA charts are the most important feature, as the actual inReach Satellite Communicator doesn’t support that feature.

The app requires just 28 MB of storage space and doesn’t need WiFi or 3G to work, but you need to have a satellite connection. I fully recommend this app for anyone with an inReach Satellite Communicator.