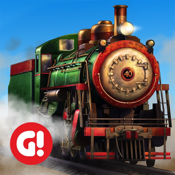 Back in the day a man named Chris Sawyer developed a small game called Railroad Tycoon. In this game for PC you needed to create an empire by connecting different towns, factories and other commodities together by rails to create a giant web of income and win the game by outperforming your competitors. The success of the game was mainly due to the fact you could play this game for hours on end without any disruptions. Developer Game Insight, LLC apparently has played this game in the past as well, as their latest game, Transport Empire, basically copied this fantastic game into a simple free-to-play template, sucking out all the fun. Transport Empire is available for free on iPad and iPhone.

In the very lengthy tutorial of the game you will be taken by the hand to create your first links between factories, saw mills, and the main town of your world. Of course the woman in the tutorial will explain to you how to speed up the process of building and sending trains. You will get tons of resources at the start of the game, but by the end of the tutorial you will quickly notice that all of these have been used to just get through the initial game setup. When you are finally let go to make your own decisions, you will see that the game is terribly slow with building and transporting things. Luckily you will still be guided by the characters in the world by completing quests for them. 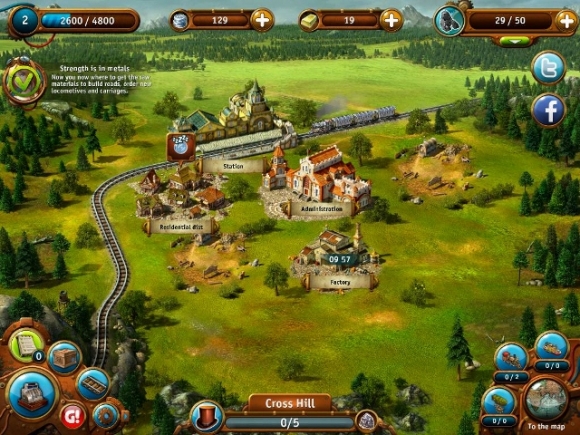 The graphics are very nice. The whole game is set in this Victorian steam punk world where the characters wear cool costumes and the buildings that you build look like they come from a graphics novel. The world has two different views: Map view and Town View. In Town View you can see everything in detail and build your buildings, while in Map View you get a better overview of the world and you can start sending trains and build railroads. The sounds of the game are well-done too, as they truly sounds like the trains from the past. 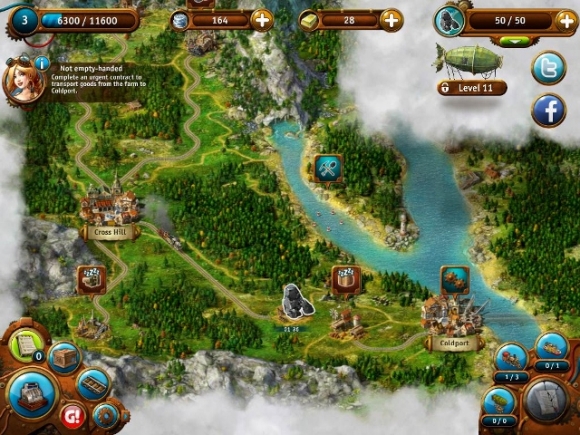 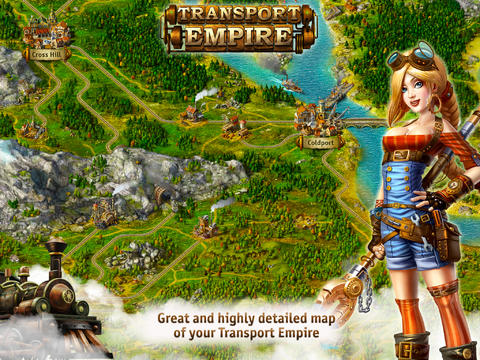 Transport Empire is one of those 13 in a dozen games. You will find tons of these kinds of games in the App Store and there are plenty of better ones available for you to play. The graphics might look good and the sound might be fantastic, but it’s not enough to warrant a download from me. The app is compatible with both iPad and iPhone and is around 235 MB. You will have to be online to enjoy the game.